To share your memory on the wall of Robert \'Bob\' Meldrum, sign in using one of the following options:

Sadly, Bob passed away on October 12, 2020 at the age of 82. Bob’s partner Dale and his children Samantha and Gregory Meldrum who came in from Vancouver, were at his side. Many in the Duntroon, G... Read More
MELDRUM , ROBERT ANDREW MACKENZE (Bob)

Sadly, Bob passed away on October 12, 2020 at the age of 82. Bob’s partner Dale and his children Samantha and Gregory Meldrum who came in from Vancouver, were at his side. Many in the Duntroon, Glen Huron, Singhampton, Stayner community will remember Bob’s love of life through his one of a kind gruff, humorous, say it like it is style. Bob was born in Toronto and lived there until the 1990’s when he and Dale decided to leave the city behind and make his beloved Hill Haven Farm in Duntroon their permanent home. Country life transformed him and his love of his shorthorn cattle, fixing fences, zipping around the fields in his rtv and especially hobnobbing with his neighbours and local merchants – those were his true joys. Bob will be lovingly remembered by his Hill Haven ‘family’ – Matt, Matt, Sami and Sam. His fellow shorthorn breeders across Canada will fondly remember his cigar chomping, larger than life presence at all big cattle shows and sales. In just a couple of decades he and Dale developed a prominent purebred shorthorn herd known all over North America and Bob’s name will be synonymous with Hill Haven’s legacy cow Breathless and bull FireStorm. His pride in his shorthorns and his farm was felt by everyone. Prior to country life, Bob owned and operated Meldrum Meat Packers in Toronto and enjoyed skiing and sailing. In the winter he spent every weekend at Blue Mountain and every free waking moment in the summer was spent racing his sailboat on Lake Ontario out of the National Yacht Club. There are too many special friends to mention but they know who they are. There is no funeral or memorial service, however at some time in the future at his request there will be “one hell of a good wake” at the farm. No flowers, cards. Donations may be made to Collingwood Marine and General Hospital.
Read Less

Receive notifications about information and event scheduling for Robert 'Bob'

Print
There is no funeral or memorial service, however at some time in the future at his request there will be “one hell of a good wake” at the farm.

Donations are being accepted for: COLLINGWOOD GENERAL & MARINE HOSPITAL FOUNDATION.

We encourage you to share your most beloved memories of Robert 'Bob' here, so that the family and other loved ones can always see it. You can upload cherished photographs, or share your favorite stories, and can even comment on those shared by others.

Posted Oct 18, 2020 at 09:00pm
My sincere sympathy, My late husband Bill Atkinson attended Danforth Tech with Bob and I know he would want me to remember him.

Posted Oct 18, 2020 at 02:32pm
i was very sad to hear of Bob's death and disappointed that his obituary did not mention the wonderful athlete he was and the phenomenal coaching career he had for so many years. It was because of his coaching that I medalled in Pan Am and Commonwealth Games from 1963 to 1972. His efforts also made me a two time Olympian in 1964 and 1968. He ran the Toronto Tigerettes Track Club and helped so many athletes achieve goals they never dreamt of. He was appointed the coach of a team of young athletes to compete in Italy. His reputation as a knowledgable coach was Canada wide. He created a legacy in the track and field world and will not be forgotten. Rest in peace, Bob.

He was always my last patient of the day so we could have a good long chat!!! Not sure who got the most words in!!

Posted Oct 16, 2020 at 07:01pm
Bob was a gifted track and field coach. I remember him pitching in helping to setup a javelin runway in the infield of Birchmount Stadium for the 1972 Olympic Trials - no problem was insurmountable. 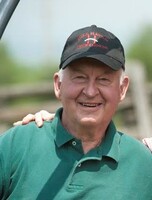